The famous song Hallelujah is perfect to play on ukulele.

Hallelujah was originally written by Leonard Cohen but has been covered by artists for decades – most notably Jeff Buckley’s recording of it on his album Grace that debuted in 1994. Rufus Wainright also recorded a version of this song for the movie Shrek in 2001, and in recent years, renowned ukulele player Jake Shimabukuro has awed audiences around the world with his solo rendition of this song. 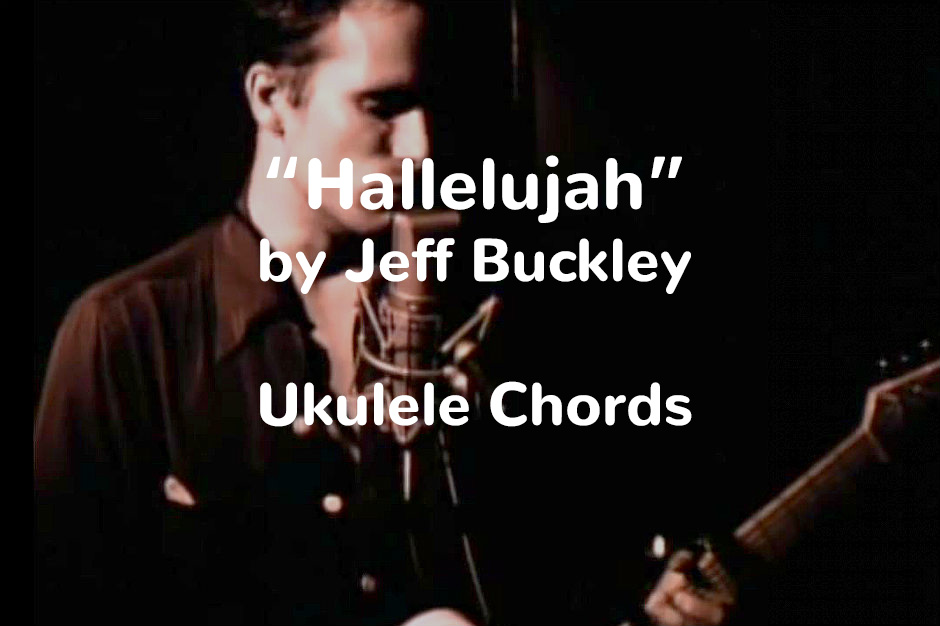 You learn how to play Hallelujah with the ukulele chord chart and get some tips and tricks for how to play this song.

The video below is my rendition of this song on the ukulele.

If you’re interested, I did a follow up video lesson on how to play the fingerpicking pattern I used to perform Hallelujah.

C
Am
I heard there was a secret chord
C
Am
That David played and it pleased the lord
F
Fm
But you don’t really care for music,

C
G
do you?
C
Well it goes like this
F
G
the fourth, the fifth
Am
F
The minor fall and the major lift
G
Em
Am
The baffled king composing hallelujah

C
Am
Well, maybe there’s a god above
C
Am
But all I’ve ever learned from love
F
Fm
C
G
Was how to shoot somebody who outdrew you
C
F
G
It’s not a cry that you hear at night
Am
F
It’s not somebody who’s seen the light
G
Em
Am
It’s a cold and it’s a broken hallelujah